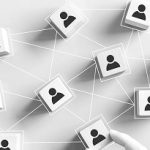 Wondering if sponsors are really important for women? Read this Wall Street Journal interview for a demonstration of two important career lessons about why sponsors matter:

As you will see, if Anna’s sponsor had not asked her whether she wanted to accept a role in China despite the fact that she was expecting her second child, that opportunity would have passed her by. She may not have had another chance. In many cases, the stereotypes about women define the roles they are offered. For example, people often think that women with young children do not want to travel so dismiss the possibility they would want jobs that require it.

A sponsor who knows that is not the case can make all the difference. He or she can encourage those who can make things happen to test their assumptions.  Sponsors are allies who are in the room when you are not.

Wondering if sponsors are really important for women? Read this Wall Street